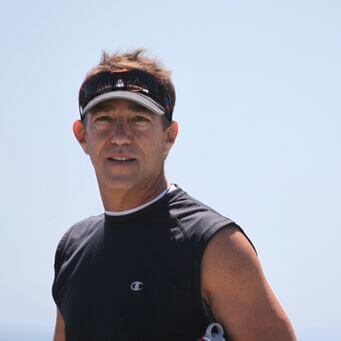 After working in a variety of industries–including launching two start-ups–David Richman entered the financial industry as an advisor. Several years in, he found that his interests were more in managing people and businesses than in managing money. Over the next 15 years, he managed ever-larger businesses for the same Wall Street firm. Among other pursuits, David now works with a nationally-recognized financial services firm committed to keeping the advisor in the forefront.

Over the last 10 years, David has completed over 50 triathlons, including 15 Ironman-distance triathlons (2.4-mile swim, 112-mile bike, 26.2-mile run), more than 50 runs longer than marathon distance, including several 24-hour runs, running 85 miles in Mexico in the heat of the summer, running 104 miles straight from Santa Barbara to Manhattan Beach, and most recently biking 4,700-miles in just six weeks as he met with the participants of his upcoming book exploring the emotional side of cancer.

As a former sedentary, over-weight, smoker, David knew that he needed to focus not on what others wanted out of him, but on what he wanted out of life. Through lessons learned in business and sport, David introduces the concept of the “middle of the pack” and discusses how to get more out of ourselves than ever imagined. He applies this concept to life and business and adds value to the people he works with coming from the perspective of the “middle of the pack.”

David was born in Miami and raised mostly in the Los Angeles area. He and his wife split their time between homes in Southern California and Southern Nevada. He has worked in real estate, lending, construction, started both an animation company and a skin care company, and then went into financial services. He has college-aged twins who are as aspirational as their father. After losing his sister to brain cancer, David has organized a yearly fundraiser in her memory, the most recent being the impetus for his upcoming book, Cycle of Lives – 15 People’s Stories, 5,000 Miles, and a Journey Through the Emotional Chaos of Cancer. 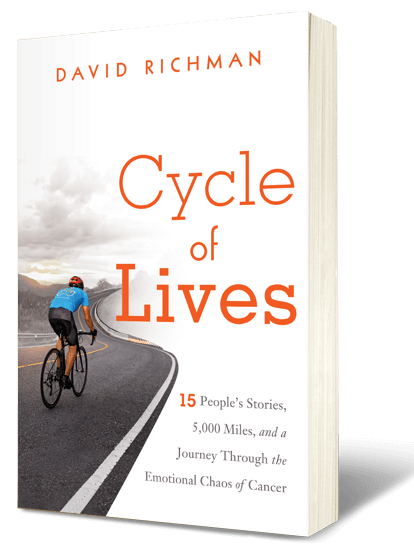 PURCHASE WINNING IN THE MIDDLE OF THE PACK